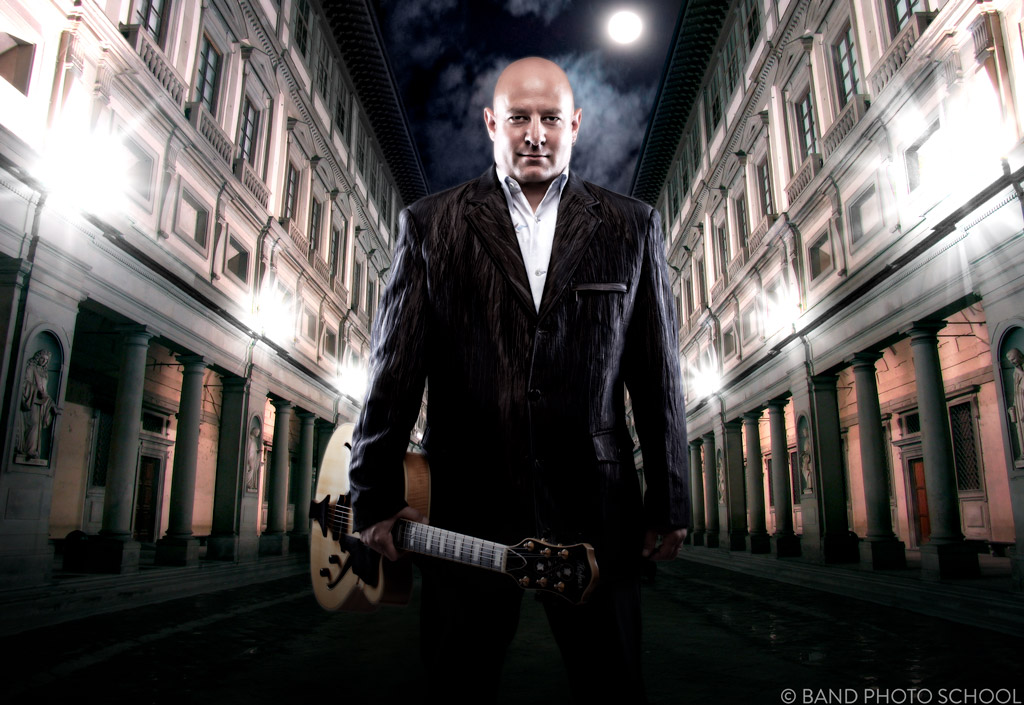 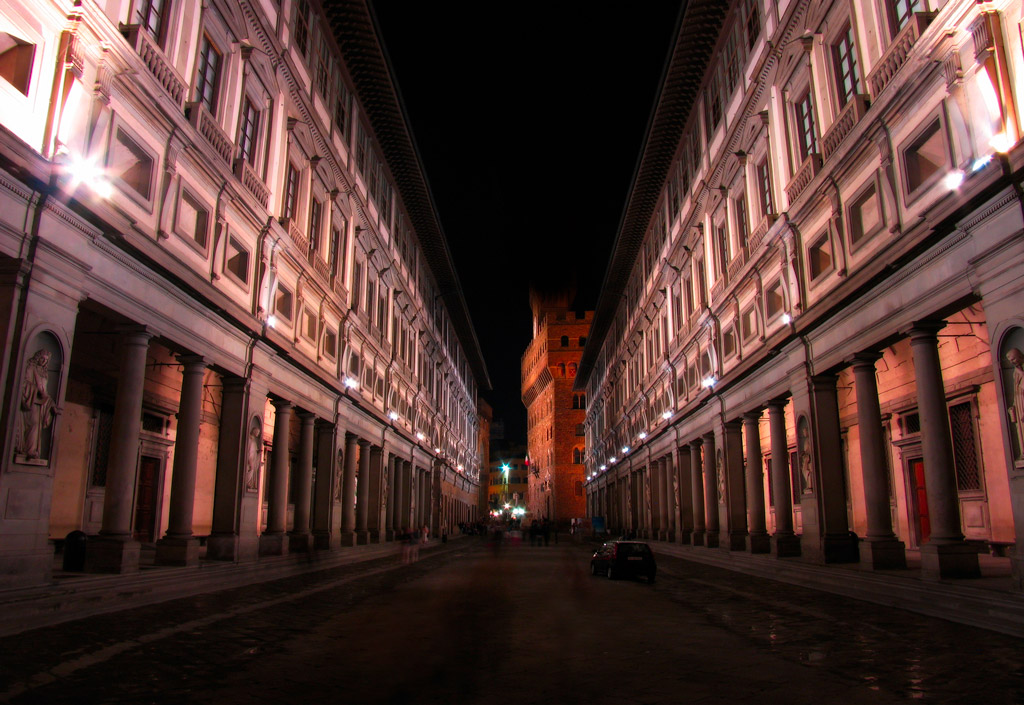 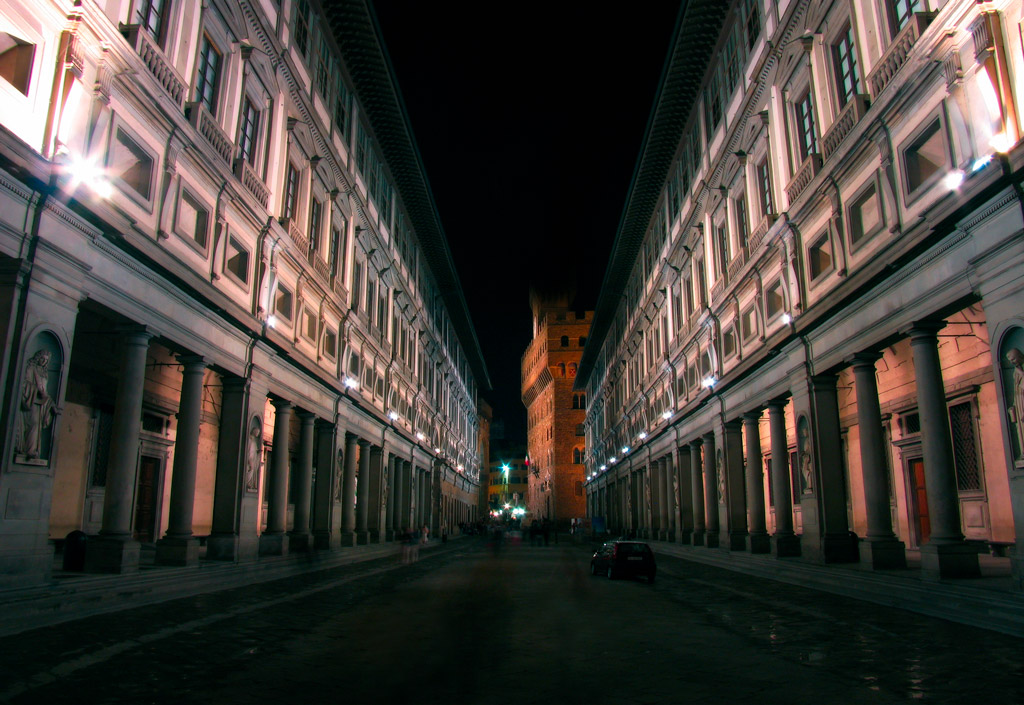 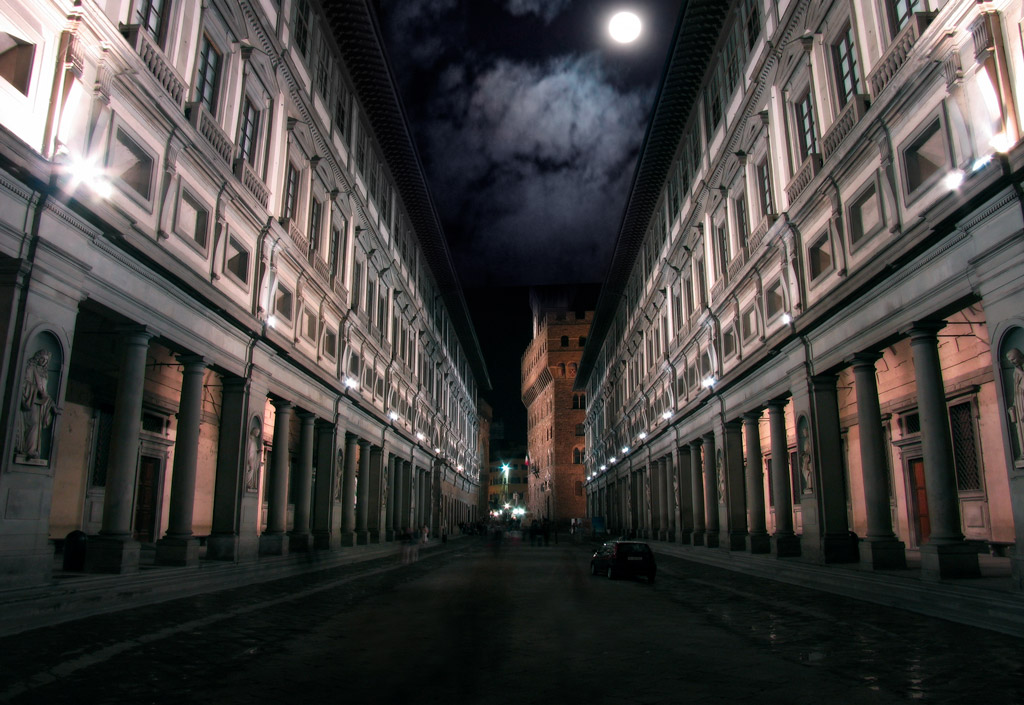 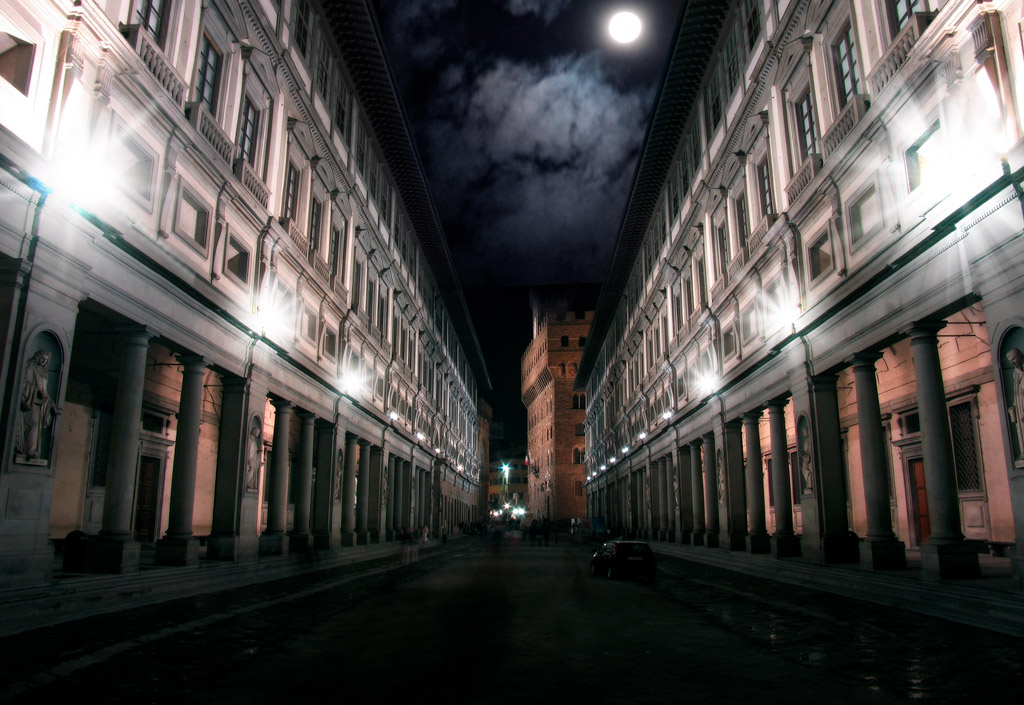 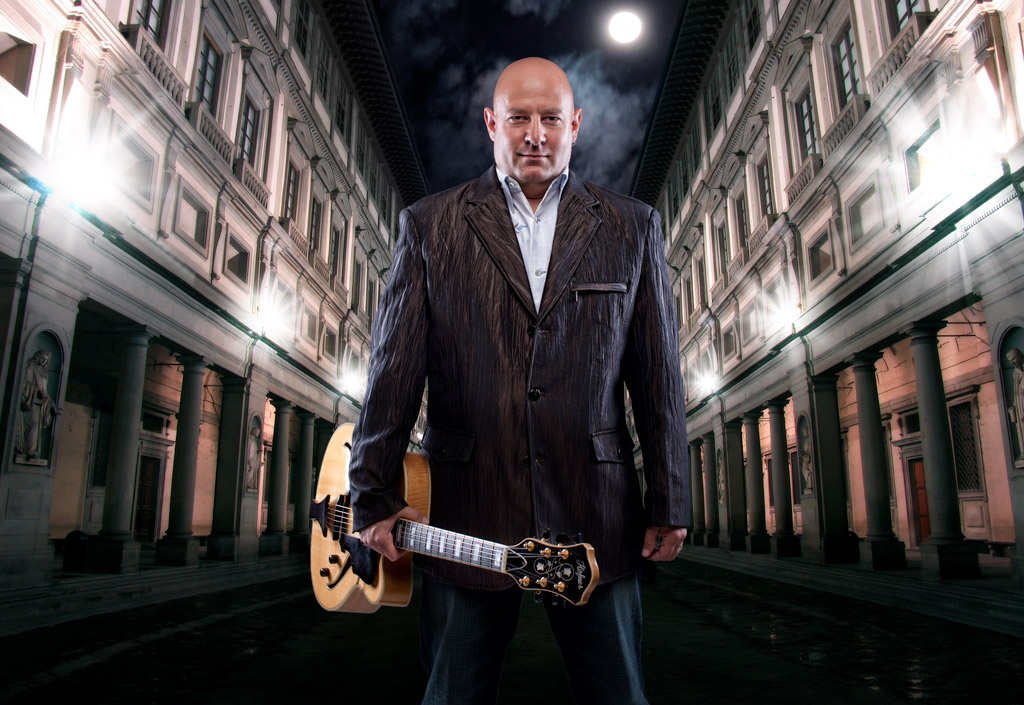 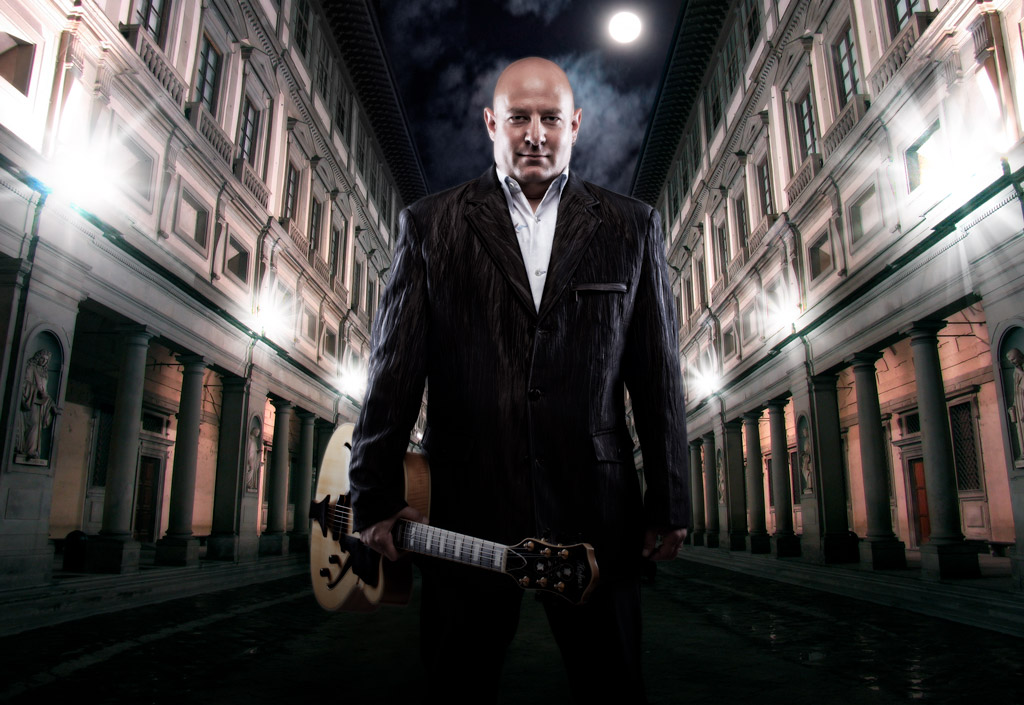 This jazz guitarist came to me specifically because he wanted promo images with a high "wow" factor, so right off the bat I knew we'd probably be shooting for a composite. I actually went out and bought some new lighting gear specifically for this shoot because I wanted to be able to match all the subtle nuances of the selected background. Fortunately, the final image packed a lot of "wow" and made him appear larger-than-life, so he was definitely pleased.

Three Elinchrom Ranger Quadras were used to light this image; two placed in gridded 42x18 stripboxes on either side of the subject and slightly behind for rim, and one in a 22" beauty dish boomed overhead as key. The rim lights were set to approximately two stops hotter than the key.

As you can see above, there's lots of Photoshop trickery going on in this image. Once my subject was placed on the new background, I artificially enhanced the lights on the buildings to match the studio lighting as well as add a little extra drama. I also replaced the original sky so that a full moon was prominently featured (the client's album was entitled "Luna Loca", or "Crazy Moon" in Spanish). Everything was finished up in Topaz Adjust.