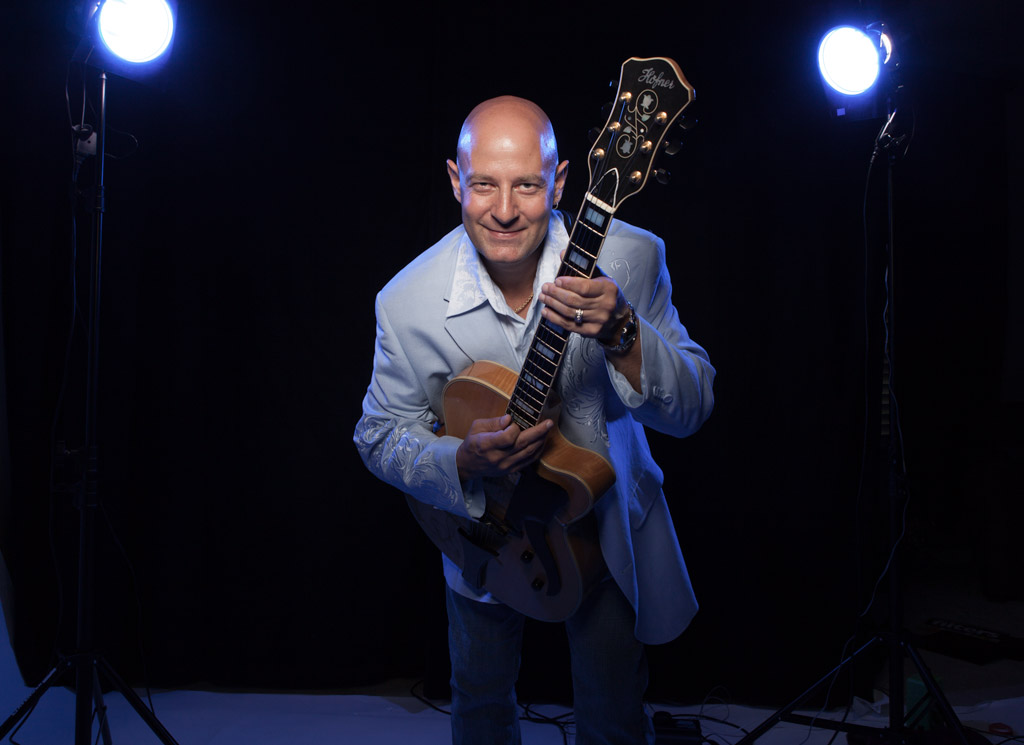 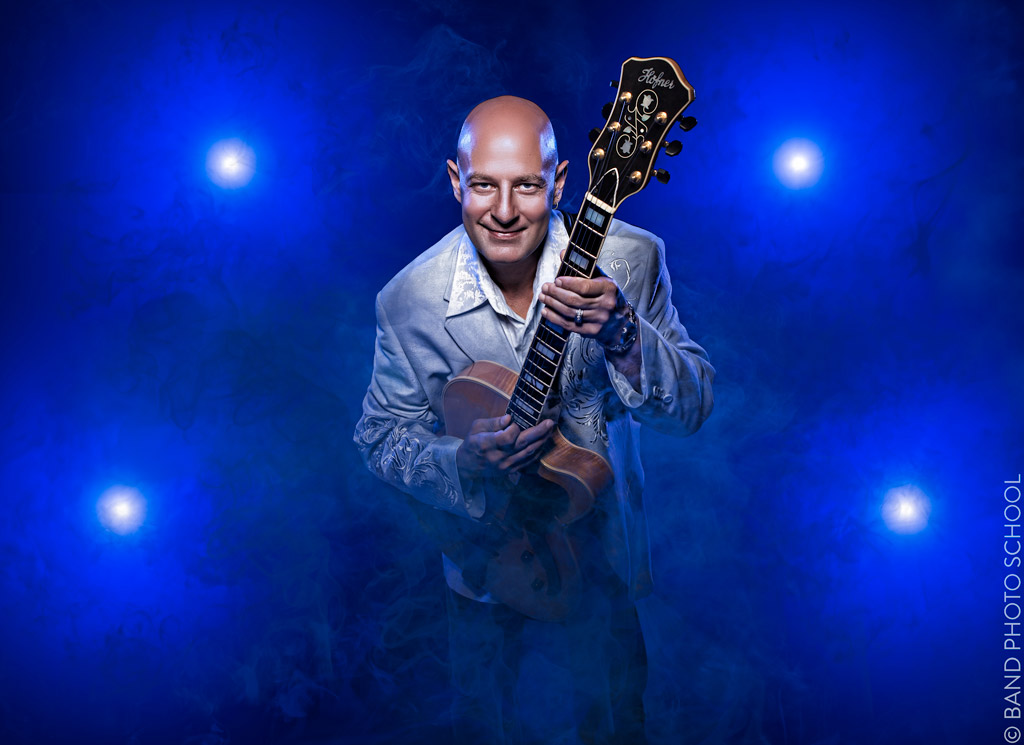 At one point during my pre-production meetings with this client, we decided that it might look kinda cool for him to be surrounded by smoke, with stage lights up behind him. So I ran out and bought a fog machine specifically for this shoot, and we got to work.

I soon realized that controlling smoke is sort of like herding cats, because it goes every which way, and there's just no controlling it. So I ditched the fog machine and decided that I would add it later in Photoshop instead. This was the result.

Three Elinchrom Ranger Quadras were used to light this image; two with blue gels boomed up behind the subject for rim, and a third inside a 22" beauty dish that was boomed overhead as key.

In Photoshop, I used probably fifteen different smoke brushes to keep things organic-looking and prevent any repeating patterns. I also created the four lights using a plugin called Knoll Light Factory, and I finished everything up in Topaz Adjust.