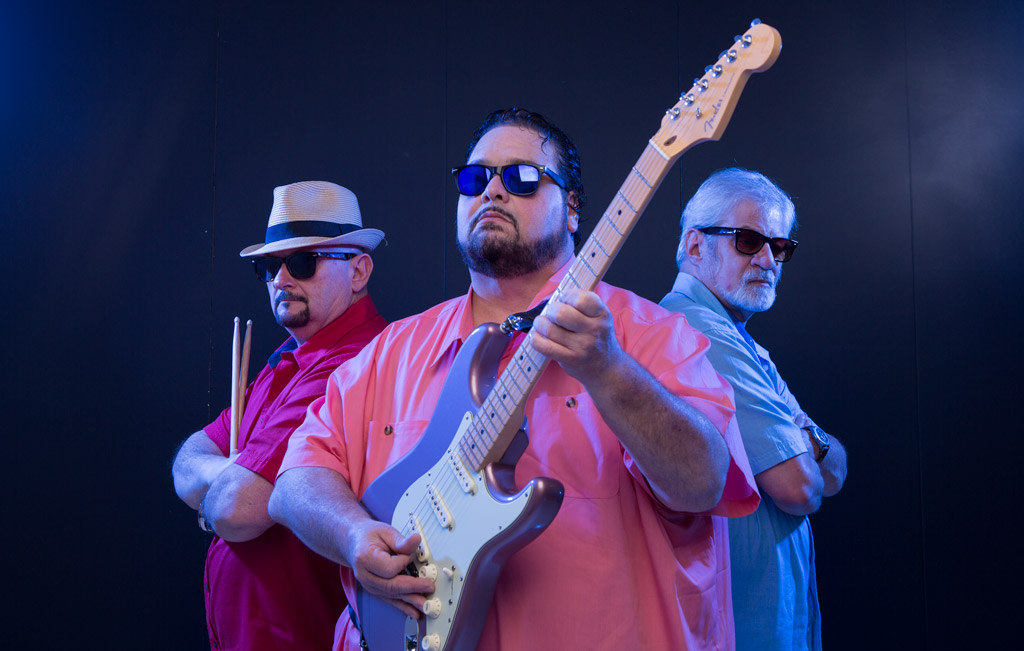 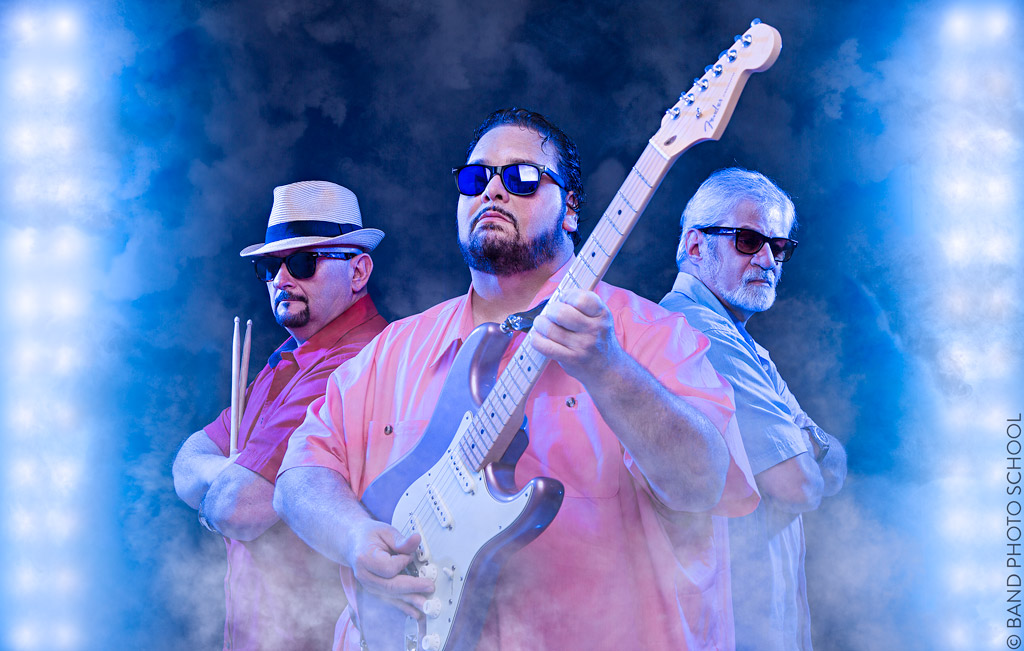 This band drove all the way down from South Carolina to shoot with me, so I wanted to be sure to deliver a final product that would make it worth their trip. Prior to the shoot we had a discussion around creative direction, and the band decided that they just wanted me to make them look as epic as possible. When I threw out the idea of including some smoke and brightly-colored lights, and they absolutely loved the concept. What you see above is the result.

Lit with three Elinchrom Ranger Quadras-- one was placed inside a 5' octa as key, and the other two were placed on the sides of the band with blue gels attached.

In Photoshop I used a number of custom smoke brushes with scattering enabled to create all the "atmosphere", and the fact that the band members were lit with blue gels in the studio made the addition of artificial sidelights much easier (it helps to plan ahead!). Some additional contrast and detail were brought out with Topaz Adjust.