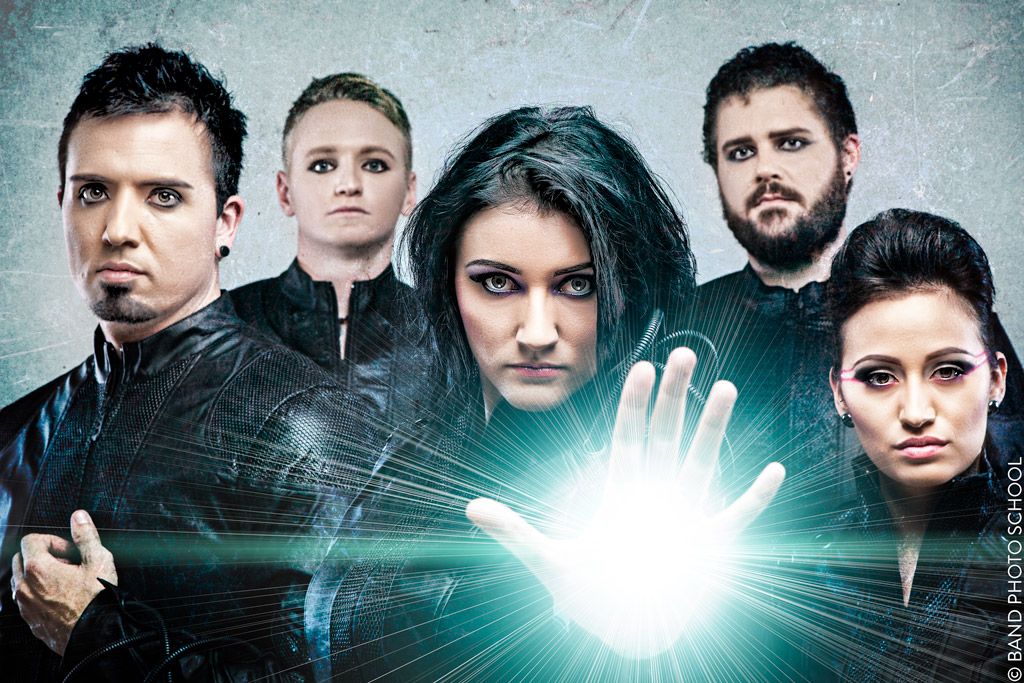 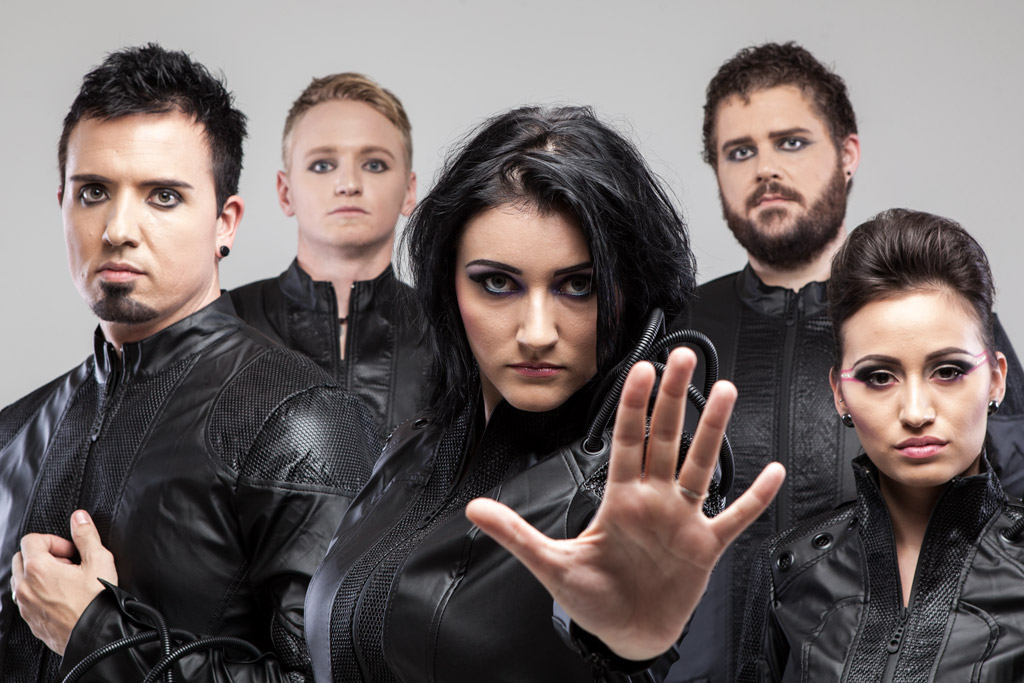 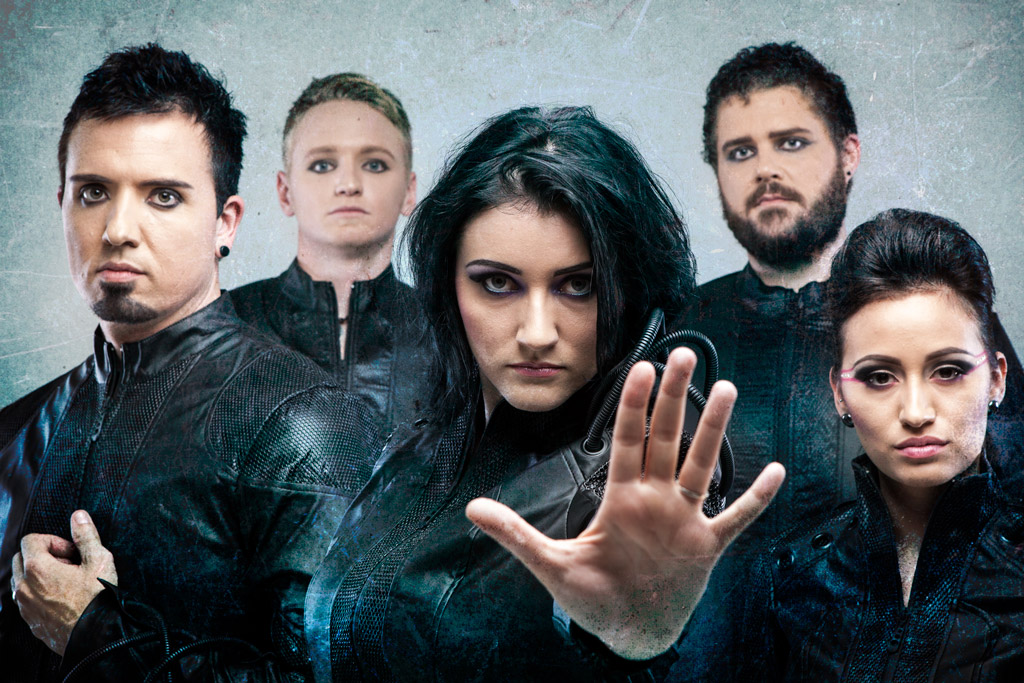 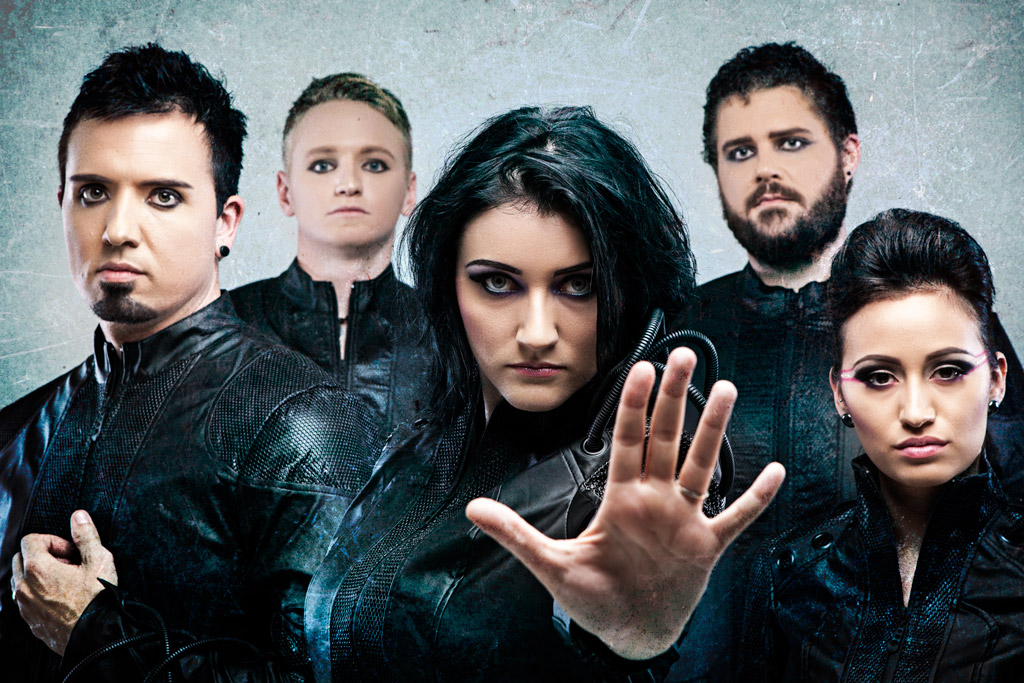 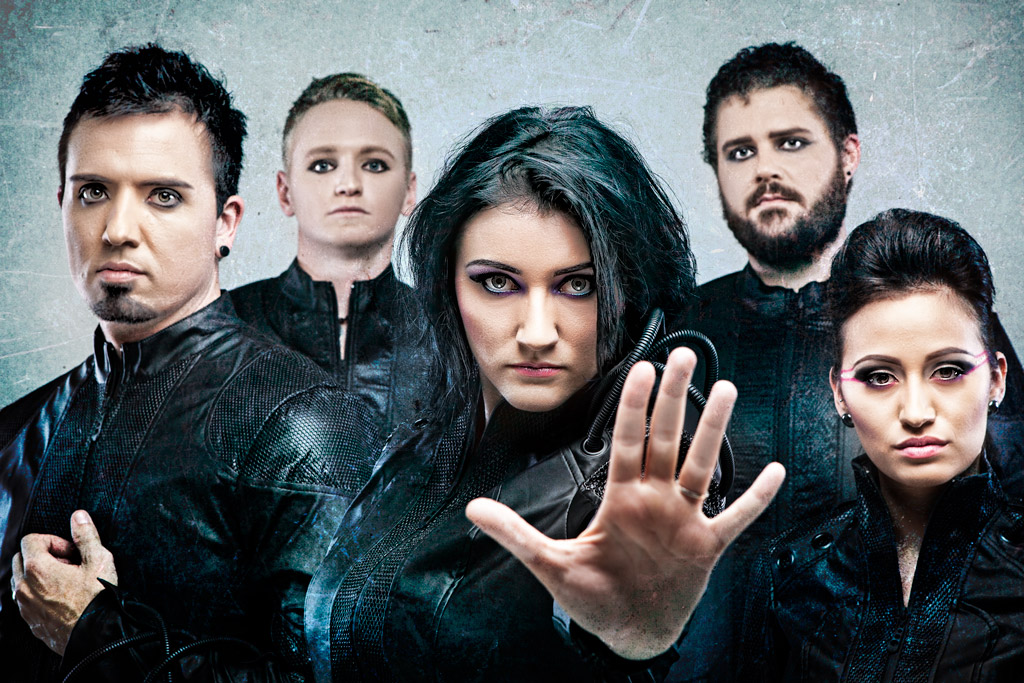 As is sometimes the case, the concept for this image dropped right out of thin air during the actual photo shoot. I saw the lead singer do something interesting with her hand that gave me an idea, and so I worked with her to tweak her posture and facial expression until it matched what I saw in my mind's eye. Throw in a little (okay, a TON) of Photoshop, and this is where we ended up.

Lit with three Elinchrom Ranger Quadra strobes, two of which were placed on either side of the group in 42x18 gridded softboxes for rim, and one boomed overhead inside a 5' octabox as key. The rim lights were set to approximately 2 stops hotter than the key.

Other than the obvious addition of a glow ball in Photoshop, I also blended in a texture and manipulated the colors to give everything an aquamarine cast (to match the color palette of their album cover). You'll notice that I also added artificial catchlights to the lead singer's eyes to reflect the light that would be emanating from the glow ball if it were actually there in real life. Additional contrast and "pop" were added with Topaz Adjust.