Stumped about what to do for your next band photo shoot? Tired of the same old "stand around on the railroad tracks" or "lean against a brick wall" poses?   Yeah, we feel you.  And we've got you covered....here are 30 great ideas to get the creative juices flowing.

How About 50 Even Awesomer Ideas?

Check out our ﻿p﻿﻿remi﻿﻿um eBook﻿....your clients will think you're a genius. 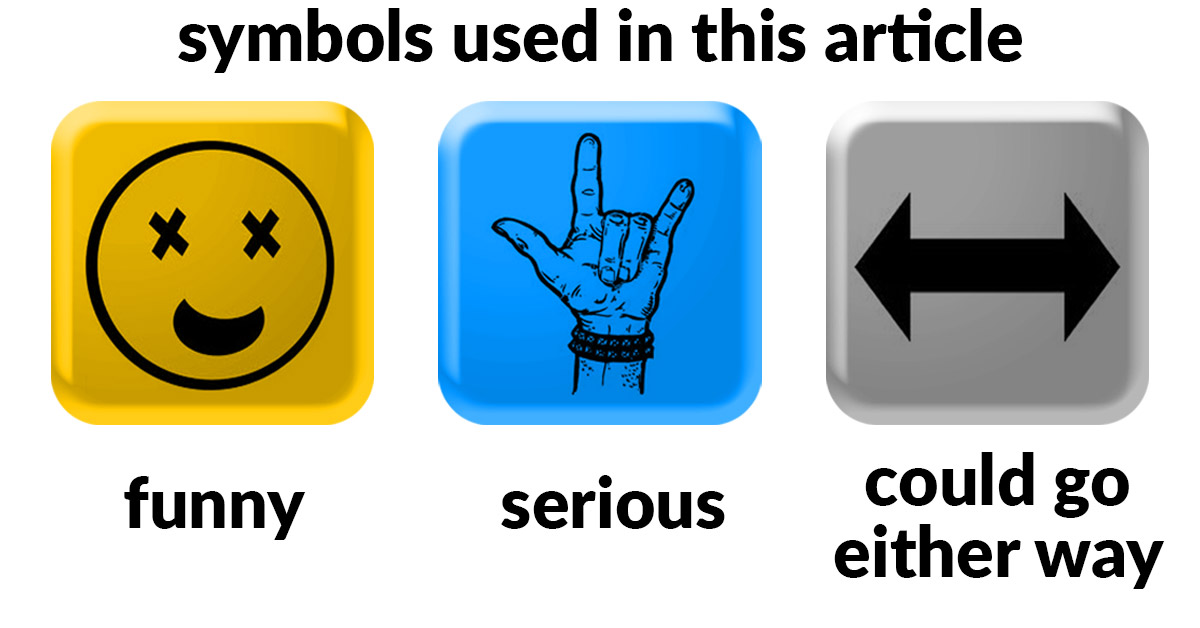 1.   Choose the band’s most well-known song, and act out the title (or main theme) visually. Use signs, props, costumes, paint-- whatever gets the point across.

3.   This one never gets old—all band members jump at the same time and rock their best mid-air move

4.  Everyone does something quirky/weird/funny except one person, who looks hopelessly confused as to what’s going on

5.  Band members stand shoulder-to-shoulder holding a number, like they do in criminal lineups-- only everyone's making ridiculous faces (or wearing a mask) while doing it

6.  Head up to the roof of a parking garage or downtown building, and make sure the city skyline can be seen in the background

7.  Everyone stand in the median of a busy street. Bonus points for getting some motion blur on the passing vehicles.

8.  Use a well-known scene from a famous movie as inspiration (e.g. The Matrix, Pulp Fiction, The Hangover, Psycho, Brokeback Mountain, etc.)  😛

9.  Have the band gathered around a TV or computer screen reacting to a funny/gross picture, only the viewer can't see what they're looking at, because the picture is shot from behind the screen. Only the band member's faces and the glow from the screen is visible

10.  Shadow puppets: Wait until very early or late in a day when shadows are long. Have the band members stand several feet away from a wall, and then use their shadows to create interesting poses, spell a word, or act out a scene. The photographer shoots only the shadows on the wall.

11.  One band member lies on the ground like they’re passed out drunk, while everyone else enjoys some good old-fashioned fraternity-style ownage (draw a mustache on the victim’s face with a Sharpie, put them in compromising positions with various objects, etc.)

13.  Band members act out their own Demotivational poster, complete with an awesomely over-the-top caption underneath

14.  Everyone covers themselves with paint. Or glitter. Or silly string. Or all three.

15.  Go for the artsy vibe: Each person writes a letter or word somewhere on their body (forehead, on a white t-shirt, on the soles of their shoes, etc) so that when everyone sits or stands together, it makes a new word/phrase

16.  Reenact the "hear no evil, speak no evil, see no evil" proverb. If there are 4 (or more) members in the band, have the extra members doing something absurd that the other 3 are reacting to.

17.  Have the band members all standing around looking at a perfectly ordinary object, but everyone is scratching their heads and/or making confused faces

18.  The ol’ switcheroo: Everyone holds an instrument, but NOT the one they normally play. Each person acts "normal", as if there’s absolutely nothing strange whatsoever about the fact that they’re holding the wrong instrument. Fan upheaval ensues.

19.  Use sparklers, glowsticks, flashlights, or some other small light source to spell out the band's name, or maybe a word that’s strongly associated with the band or one of their songs (Note: photographer will probably need to use a slow shutter speed to successfully capture the light trails).

20.  Didn't get the memo: Everyone wears the same color/costume/style/outfit except one person, who looks confused/angry

22.  One person stands apart from the group, horrifically embarrassed about something (use your imagination), and the rest of the band is standing around pointing their fingers, making faces, and/or cracking up.

24.  Everyone stand with backs to the camera while sporting a funny sign or bumper sticker on their badonkadonk

25.  Have the band gather behind a filthy van or truck, write a word/phrase in the dust on the window, and then react to it

26.  All band members make their best "Blue Steel" face, as seen in the movie Zoolander.

27.  Everyone rocks their best ugly sweater.

28.  Everyone sports “Billy Bob” teeth and a straw hat. Bonus points for pulling it off with completely straight faces. 8)

29.  Everyone cuts a piece of cardboard/posterboard in “bubble caption” style and then holds it over their heads with a handwritten word or message on it

31.  Everyone sports a matching [temporary] tattoo on their arms, foreheads, or chests. Bonus points for tramp stamps.   😀

32.  Choose a fantabulous 80s-era family portrait from AwkwardFamilyPhotos.com and re-create it. Bonus points for mullets and/or teased hair.

33.  Remember, if you dig these ideas and want 50 more, check out our premium eBook: 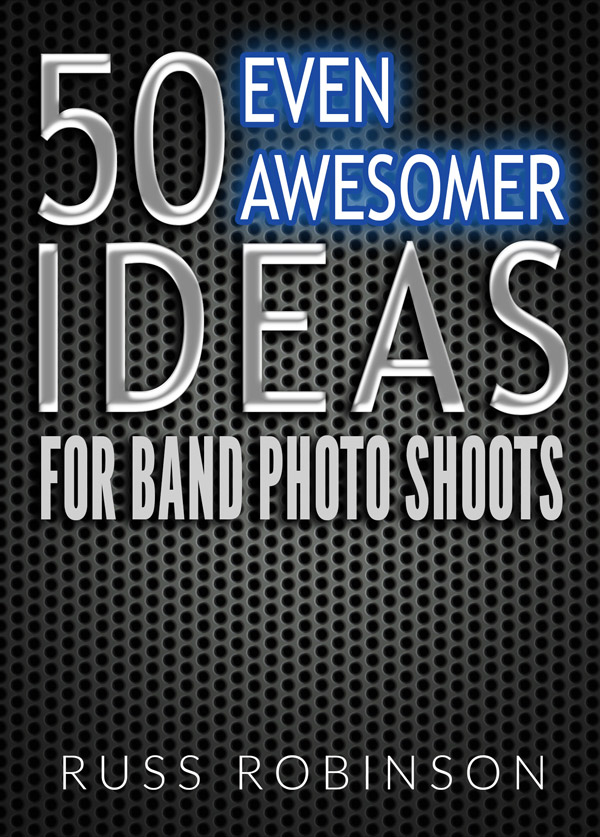 34.  Lastly, if the person behind the camera is really handy with Photoshop, this opens up a whole new world of possibilities. Check out our "Before & After" gallery to see some mind-blowing examples. Seriously, check it out...you won't be disappointed!!